Charles Worthington stepped off the 24-hour flight from London to Sydney to celebrate the re-launch of Charles Worthington Salon at Home brand in Australia after 13 years since Charles originally launched the iconic hair care brand.

Housed in the plush new interiors of The Langham Hotel, Charles Worthington showcased the revamped brand to a room full of media over breakfast canapés.

The presentation referenced Charles’ impressive 30-years in the industry, his endless and impressive list of celebrity clients, his MBE from the Queen and three successful London salons (servicing 2,000 clients a week!) amongst the product information. Charles then demonstrated the product efficacy on three models.

The evening online-media event replaced bloggers Oz Beauty Expert (Bonnie Gillies) and The Daily Mark (Madeline Burke) instead of models to demonstrate the products – who were also treated to one-on-one appointments and interviews with the man himself.

Charles’ legendary career on UK Morning TV made him the perfect candidate for a live-on-air audience makeover for Studio10. An audience member was picked from the crowd as Charles lopped off the 20-something’s waist length hair to a short bob with the dramatic ponytail-chop we all love.

Between cut, colour and styling downstairs, Charles was asked to join the panel to discuss the launch of Charles Worthington brand in Australia, his career highlights, celebrity clientele and the new Instant Root Concealer.

In a surprise twist, the show concluded with Studio 10 host, Sarah Harris’ asking for her own makeover – to be revealed the next day!

Charles’ makeover of Sarah Harris’ hair was revealed on Studio 10 this morning to a delighted audience. Simple, chic and fresh. Next Charles headed over to Sun Studios for a top-secret magazine shoot. Watch this space to see his dramatic real-woman makeover. You’ll be shocked at the transformation!

On Charles’ final night in Australia the dinner was set at Sydney’s iconic Icebergs Restaurant at Bondi. Paula Joye (The Joye) and Cleo Glyde (Sunday Style) joined us as we gorged on oyster, burrata and that infamous bread before toasting the week with an Espresso Martini!

In the fashion that he arrived, Charles was ready to work right up to the last minute! Following a quick morning walk on Bondi Beach Charles’ headed to the airport with Cleo Glyde in tow, for one final interview that ended with none other than an obligatory back-seat selfie. How fabulous, darling!

The Charles Worthington Range is available NOW exclusively from Priceline. 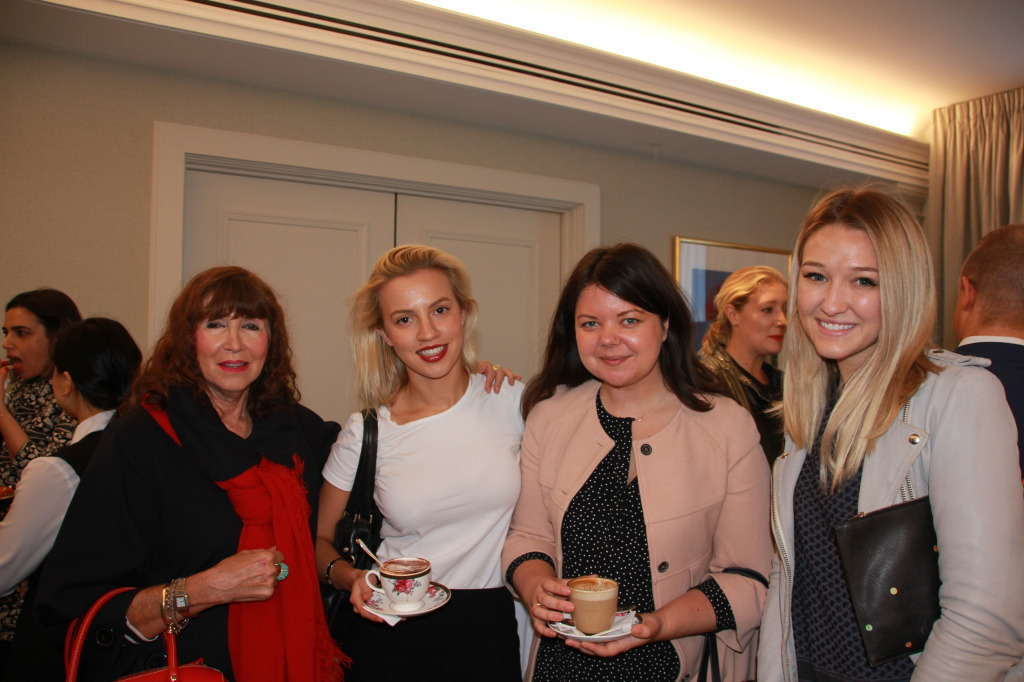 Charles Worthington demonstrated his products on the model to beauty media 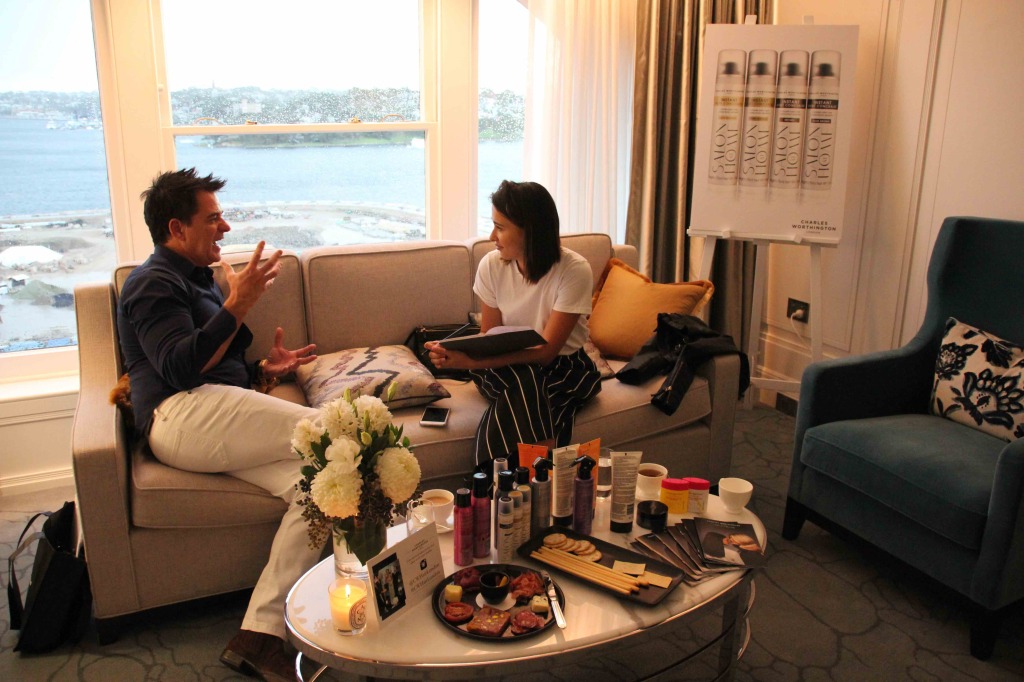 Blogger The Daily Mark (Madeleine Burke) was treated to a hair styling appointment. 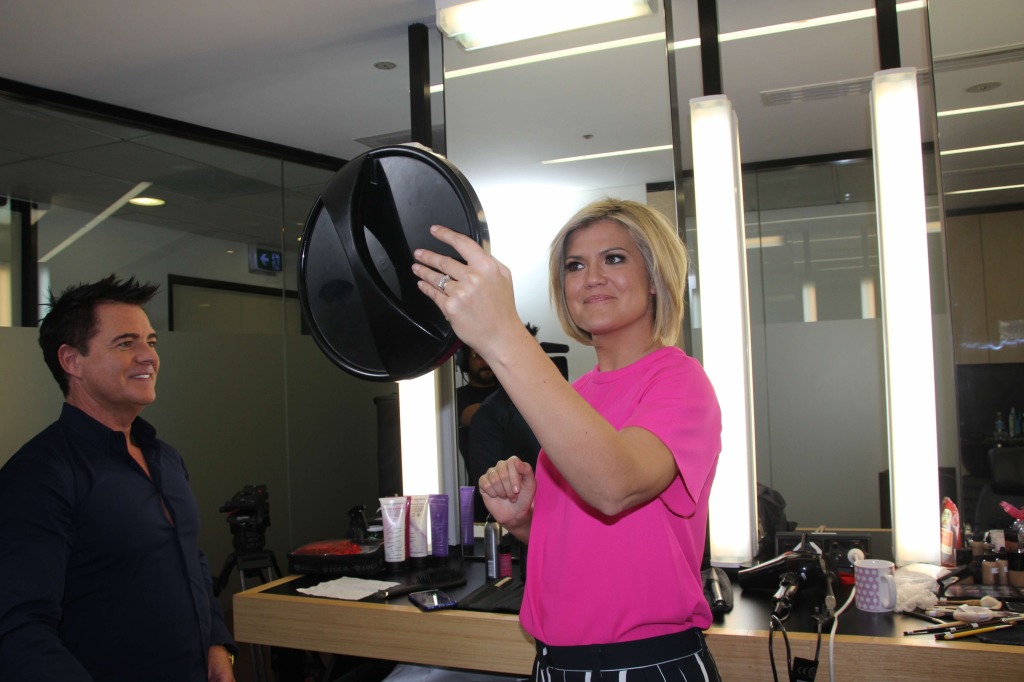